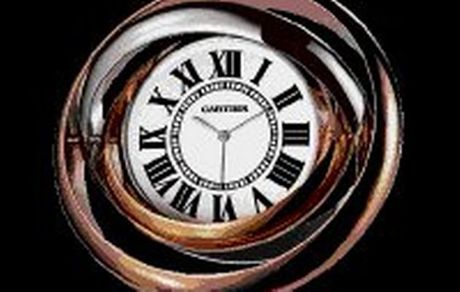 Samoans go to bed Thursday and will wake up on Saturday in an historic time zone switch which the Pacific island state's prime minister says will take the country forward to a more prosperous future.

Samoa currently sits to the east of the International Date Line -- which runs through the middle of the Pacific -- meaning that it is 11 hours behind GMT and is one of the last places on Earth to see the dawn.

At midnight Thursday Samoa will become instead one of the first places to experience the new day, omitting Friday December 30 entirely and jumping 24 hours ahead to Saturday as it moves west of the dateline.

The move will bring the Pacific island nation in line with regional economic powerhouses Australia and New Zealand, both of which are also home to large expatriate Samoan communities.

"We’ve got to remember that over 90 per cent of our people emigrate to New Zealand and Australia. That’s why it is absolutely vital to make this change," he told the Samoa Observer in the countdown to the midnight switch.

At present Samoa is 23 hours behind Australasia and loses two commercial days a week with its main trading partners.

"While it's Friday here, it's Saturday in New Zealand and when we're at church Sunday, they're already conducting business in Sydney and Brisbane," Tuilaepa said.

Speaking from Apia on Thursday to Radio New Zealand -- when it was Friday in Wellington -- Tuilaepa said the change would also remove the confusion in travel times for tourists who arrive in Samoa and "keep thinking of the New Zealand and Australian time zones".

But the change is throwing up a few unusual consequences. Among Samoa's 200,000 people there are 767 births registered on December 30 and 43 marriages, and people are being told to celebrate this year on either December 29 or 31.

Guests staying in Samoan hotels this week will not be expected to pay for a day that does not exist, but a government edict tells employers they must still pay staff for the Friday that never was.

Tuilaepa sees future tourism opportunities with neighboring American Samoa, a mere 77 miles (125 kilometers) away, which will remain to the east of the dateline.

"So you can have two birthdays, two weddings and two wedding anniversaries on the same date -- on separate days -- in less than an hour's flight across -- without leaving the Samoan chain," he said.

Samoa's move forward to align with its trading partners is in effect a 119-year leap backwards, reversing a change made in 1892.

Then, it went from west to east of the dateline to align itself with the United States and Europe, its key markets at the time.

Tuilaepa has already introduced changes to bring Samoa into line with Australia and New Zealand, enacting a law in 2009 that meant cars switched to driving on the left-hand side of the road, rather than the right.

The intent, he said then, was to make it easier for the 170,000 Samoans living in Australia and New Zealand to send used cars back home to their relatives.

Samoan businesses have welcomed the latest move and the additional exposure it will give them in New Zealand and Australia, as well as their developing interest in Asian markets.

"A lot of the business we deal with is in New Zealand or Australia and the fact we are now exploring the Asian market so this change imposed by the government is fully endorsed," Chamber of Commerce president Namulauulu Sami Leota told Television New Zealand.

The most recent dateline change was enacted by Kiribati, which moved the marker to the east in 1995 to end a historical anomaly that saw it straddling the line, leaving different parts of its territory on different days.