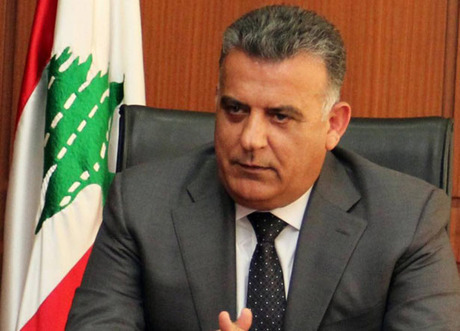 Head of Lebanon’s General Security agency Maj. Gen. Abbas Ibrahim made a “quick” visit to Syria where he met with Syrian officials and discussed various files including the repatriation of Syrians in Lebanon, al-Joumhouria daily reported on Friday.

The Syrian side assured that it will continue to receive refugees wishing to return to their hometowns but “within the same framework and mechanism currently applied,” in an operation overseen by General Security in coordination with Damascus, said the daily.

Applicants need to get an approval from Damascus first in order to return. Syria promised returnees that they will not face legal consequences when they go back to Syria.

Thousands of Syrians have this year registered for the scheme, and several hundreds have returned home last week alone.

Ibrahim said: “The Syrian side is working on the file with all credibility and the necessary speed. It informs the general security of every Syrian displaced wanted on a judicial order in order to settle it.”

The Russian military in Syria set up a mechanism to help settle issues related to the refugees' return. Moscow, which has provided crucial military support to Assad, is eager to show that the situation in Syria is normalizing now that the government has recaptured most opposition strongholds.

For Shia, someone successful in life is someone who lives off social welfare in Canada, America, or Germany.

So don’t be surprised when they call people like Abbaz_Ibrahim ‘statesman’.

What does a shia follower of a terrorist organization know about 'Statesmanship':)!?

lol, he just discovered the word in his 'vast' English vocabulary.

That says it all. He owns the country and he decides who comes back.

Politicized good for nothing cop!

half huthi half irani troll spotted
logged tagged and processed

"a war criminal!
the hell is waiting."

"Evil eyes so clear in the picture! I cannot believe the evil iranian terrorist militia bombarded this sectarian to head of security"

I’d appreciate if Naharnet mentioned the chaos at Rafik Hariri int’l airport last night. People were grounded for 6+ hours ! Fenianos , the minister in charge, was too busy as he was spending the evening in company of the Damascus butcher, Assad.

The minister of Public Works stated he is not responsible for the chaos at the airport. He needs $89 million to fix the problem!

The mismanagement and corruption at the airport are beyond description. They have thousands of passengers going through one checkpoint which causes a bottleneck let alone when the equipment breaks down.

Fenianos sounds Greek to me, on who’s list was was this incompetent person for the elections?

what are you doing about the occupied land ya Ali? B&T is in every one of your posts (bitch and Stitch) yet you do nothing about Israel.

Israel is the last thing on their minds. It is the destruction of the entire Arab world and spread of wilayat al haqir.