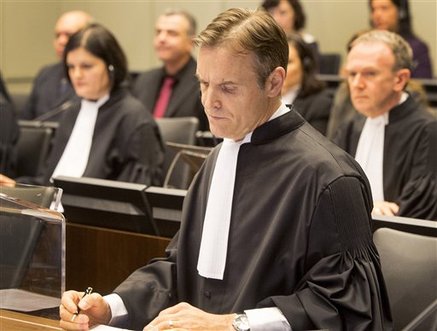 Our schools should take their terminal students on pilgrimage in The Hague as well as Auschwitz.

All coincidental as I am sure the bearded goat would explain Fakenews lol. Especially the four bullets in the back of his head from three different guns loool

Iran and Syria are openly being discussed around the globe at this point as the two leading states that support and nurture terror. Iran's economy is in a rapid decline and Syria no longer has one. The next step will continue to show a more acute path on the rest of the world blocking aid to these two despot regimes. Although many would have liked to see some surgical moves to displace the two despot leaders I beleive the economical war will be far more painful on their countries. That said the despots will remain and its their people that would pay the price.....no different than Lebanon sadly.

Is Iran your white night or something ? You must be a princess....

Batriotic you are right, you do have to thank Iran, for keeping Lebanon corrupt and behind times, for creating a new word for fighting Israel through the senless killings of thousands of Syrians. Yes you should thank Iran for giving you power in Lebanon to live a standard of living less than that of a Niger in Africa. Thank them for you moped, pictures of this weeks Kizballah shaheeds and the flip flips you dress in.