Geagea: LF Represents a Third of Christians and We Want a Third of Their Ministers 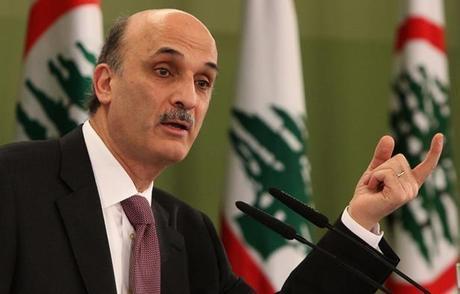 “We want a third of the Christian ministrial shares,” stressed Geagea in remarks he made to the daily about the Cabinet formation and the delayed process since May.

Referring to the Maarab agreement with the FPM, Geagea said: “We have signed an agreement of two parts with the FPM, one part political and the second is authority-related.

“Based on the agreement we have agreed on dividing portfolios including the sovereign ones,” added Geagea.

PM-designate Saad Hariri was tasked with forming a new government on May 24 but his task has been since delayed because of conflict over shares mainly the Christian and Druze representation.

The LF, which recorded a sweeping victory in the country’s May legislative elections, almost doubling its parliament seats, insists on getting four seats including a sovereign portfolio.

The 2016 Maarab agreement brought the onetime foes together,Geagea and FPM founder President Michel Aoun. Geagea had withdrawn from the presidential race in favor of Aoun endorsing him for the head of State post.

I know Constitutional Article 24 of the Lebanese constitution gives half of Parliament to Christians regardless of voting, but does the "agreement" also say that voters are identified by ethnicity, sect, race, what have you? What are these "Christian votes" Geagea speaks of?

What is a "Christian vote"? Are voters registered by sect? Now it doesn't matter who votes for whom, half of Parliament will be Christians. Proportionality, etc., is then supposed to determine which Christian gets a given seat. If LF got a total of ten votes, FPM got ten, and some other Christian party got ten, then they each get a sixth of Parliamentary seats? Is that it? I thought nobody knew how many Christians were in Lebanon, not since the 1934 census.

They don’t want a new government.... Geagea wake up!

Did he not trade that "third" away with his deal with Clown and the circus?