Abul Gheit from Beirut: No Deal Yet on Syria's Return to Arab League 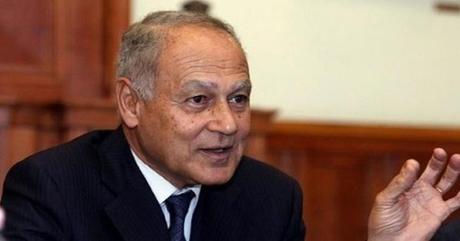 The head of the Arab League said Monday in Beirut that there has been no agreement so far for Syria's return to the group.

Abul Gheit said an agreement would lead to an Arab foreign ministers' meeting on the subject but "until now, I haven't felt such a development or understanding."

Syria's membership in the 22-member Arab League was suspended in 2011 after the Syrian government's military crackdown on protesters calling for reforms.

The protests later turned into an armed insurgency and a full-blown civil war, now in its eight year.

Syrian President Bashar al-Assad is largely seen as having won the war, in part thanks to crucial political and military backing from Russia and Iran.

There has been controversy in Lebanon on whether the country should restore ties with Damascus before its return to the Arab League.

After his meeting with Aoun, Abul Gheit wished “stability, prosperity and advancement” for Lebanon and said he discussed with the president the outcome of the Arab economic summit that was recently held in Beirut.

According to reports, Abul Gheit's visit kickstarts Arab League efforts aimed at returning Syria to the League prior to the Tunisia Arab Summit scheduled for late March, amid a warming of ties between Damascus and some Arab countries such as Jordan and the UAE.

Abul Gheit had arrived in Lebanon at midnight and he is scheduled to hold meetings with other senior Lebanese officials.

Syrian President Bashar al-Assad is largely seen as having won the war, in part thanks to crucial political and military backing from Russia and Iran. And you forgot to add Israel who wants to keep Assad in power to kill more Syrians.