Kataeb: Mousawwi’s Remarks Not a Slip of the Tongue 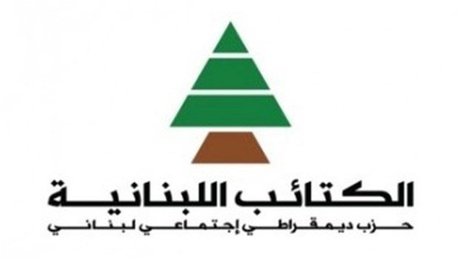 After a heated debate between Hizbullah and Kataeb deputies in parliament on Thursday, Kataeb party said that remarks made by Hizbullah MP Nawwaf Moussawi reflect a “public declaration that Hizbullah controls the state institution by force of arms,” al-Joumhouria daily reported on Thursday.

“Moussawi’s remarks were not a slip of the tongue, nor a mere political position. His remarks were more a public declaration that Hizbullah is controlling the state’s institutions mainly the presidency by the force of arm,” a prominent Kataeb source told the daily.

The source added: “What was witnessed in the House of Representatives yesterday calls for a political and popular opposition to address the logic of coup that is controlling all institutions and decisions.”

During a speech by Kataeb MP Sami Gemayel in parliament on Thursday, Moussawi said “it honors the Lebanese that President Michel Aoun was elected through the rifle of the resistance while others reached the presidency on an Israeli tank.”

He was referring to slain president-elect Bashir Gemayel -- the father of Kataeb MP bloc Nadim Gemayel.

Nadim Gemayel hit back during the session, saying “no one reached the presidency on the top of an Israeli tank.”

“You were throwing rice on the Israelis and most of you voted for President Bashir in this parliament,” he added, apparently referring to some Shiite citizens and ex-MPs.

Moussawi snapped back, saying: “Your size is equivalent to an Israeli tank.”

Kataeb and LF supporters held a sit-in to denounce Moussawi's remarks at Ashrafieh's Sassine Square in the evening.

1- Bashir Gemayel was elected with 85% of the chi voters in parliament.
2- Amal did greet the Israelis with pastries and rice (photos and articles around the internet to demonstrate that)
3- Nadim Gemayel got carried away..
4- Moussawi is a thug! What he said about Aoun makes me sick... even though it is true.
5- What does the FMP have to say about this?? They will accept and hush up??

Regarding the president...
"The Michel Aoun Project"...

Lebanese that sold their votes for few hundred dollars are the same that scream akh for the next 4-6 years... #dontvoteFPM

I was going thru NY Times archives from the 1980s yesterday. I learned that Israelis liberated Tyre and its Shia Mayor. The Shia Mayor of Ghaziye was also cheering their venue. There are so many interesting stories of this acabit!

They boarded ships firing in to the air, freeing the Lebanese to embark on a new history of their own. . . . Israel had done for Shi’ites–Lebanon’s largest and most disadvantaged community–what they had been unable to do for themselves. In a chapter now long forgotten, those villages in the southern hinterland had welcomed Israel’s push into Lebanon.

In 1982, the Palestinians had already taken over Tyre. As in most other locales under their control, the entire City Council complied with the P.L.O.’s demand to resign, May Ali Khalid Shaalan told the New York Times:

“The Palestinians pressured me to resign and to leave everything in their hands. But of course I refused and told them I was ready to die before giving them the municipality.” Instead of killing him, they worked around him, stripping him of Authority.

Tyre’s Shia Mayor Shaalan and his entire police force were restored to full power by the Israelis who liberated them. One of the policemen told the Times that under the Palestinians it was deeply humiliating:

An uncle of mine in his 80's was a senior Army officer and served in the areas the articles mention but during late 50's / 60's ...
He often tears up at what their orders were in regards to turning a blind eye to PLO operatives...

I always state it's clear.. on the Christine side, the divide is simple... Michel Aoun Project and HA cannot survive without chaos and the Israeli state needs that chaos to arm itself and keeping stealing Palestinian land..
Israel and Iran are friends and so is Hafez' Syria...
It's part of using each other to justify their arms, oppression against others and feeding off each other to justify the chaos they need to keep doing what they want...

Bachir returned the institutions in 21 days and state employees returned to work versus getting paid at home.
Who cares if the Israelis or Syrians brought the president. What the Lebanese people care about is what the president has done for them.

There is a greater concern for if a Lebanese speaks to an Israel when abroad or is seated next to one than there is on the performance of President Clown. Hypocrites at best when the world knows how the Shia leaders where telling the Israelis where the Palestinian leaders were hiding out in the south that now they want to fight Israel and liberate it for the Palestinians looool.