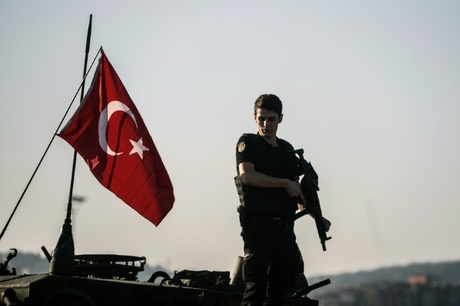 A total of 295 officers including two colonels are targeted in the warrants, the Istanbul prosecutor's office said.

They are accused of having links to to US-based Muslim preacher Fethullah Gulen who Ankara blames for orchestrating the failed putsch.

Tens of thousands of people have been arrested over suspected links to Gulen, a former Erdogan ally turned foe who has denied the allegations against him.

The latest arrest order issued in 59 cities including Istanbul comes on the heels of police raids this week seeking to detain over 300 people including military personnel suspected of ties to coup plotters.

Despite criticism from rights advocates over the magnitude of the crackdown, Ankara insists the raids are essential to remove Gulen's alleged influence in state bodies.