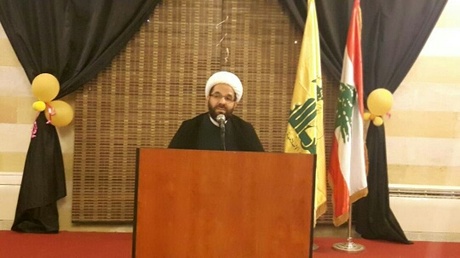 "What are the Lebanese expecting from America and its foreign minister after these two announcements that are totally biased in favor of Israel, except for inciting against the resistance (Hizbullah) and turning Lebanese against each other?,” Daamoush, who is the deputy head of Hizbullah's Executive Council, said.

The Hizbullah official, who is a Shiite cleric, voiced his remarks during his Friday prayer sermon.

The two announcements he referred to are Pompeo's assertion of Washington's “unparallelled commitment to Israel's security” and U.S. President Donald Trump's declaration that the United States should acknowledge Israeli sovereignty over Syria's occupied Golan Heights.

At a press conference he held later on Friday, Pompeo called on the Lebanese people to stand up to what he called Hizbullah's "criminality, terror and threats," claiming U.S. sanctions on Iran and Hizbullah were working and that more pressure on them was forthcoming.

Pompeo also warned that "the Lebanese people face a choice: Bravely move forward or allow the dark ambitions of Iran and Hizbullah to dictate your future."

He added that the U.S. would continue using "all peaceful means" to curb Hizbullah and Iran's influence.

You keep on questioning!

Daamoush doesn't sound Lebanese at all. What is it? Moroccan or Huthian?