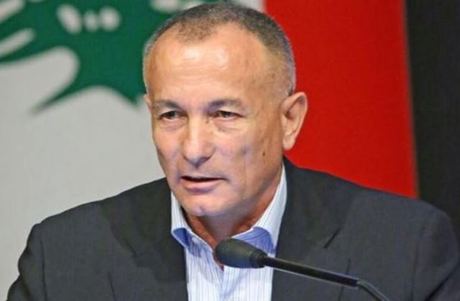 As reports emerge that the government might cut financial benefits for public sector employees, MP Shamel Roukoz said that servicemen are not responsible for the country’s budget deficit or the waste of public money, stressing that there are others areas to recover funds.

"Military men do not bear the responsibility for the waste of funds, the deficit, and the theft of state funds throughout the years," the lawmaker told Voice of Lebanon radio station on Monday.

"There are other sectors to recover money from, like mobile phones and vehicles' mechanical inspection," he said..

"Officials are looking for easy ways, while overlooking other areas which are likely to allow the state make bigger profits," he added.

Lebanon’s government began austerity measures to cut spending as it weighs a number of measures to reduce the country’s aggravating state deficit.

Over the weekend, Foreign Minister Jabran Bassil said that cuts to the salaries of government employees must be one of the options to cut spending.

You are correct get a hold of your brother and father in law I am sure they can suggest other areas where they have emptied the coffers....

MP in-law Shamil Rukoz is another ‘elected’ official disconnected from reality. Our mobile phone rates are the most expensive in the Middle East and one of the most expensive in the world. As for cars, we already pay crazy prices on jamerik but of course he never did pay his taxes because he got privileges/corruption with his military status. This is where the money is owed. Perhaps as smarter way of refilling the state coffers in by taxing cigarettes, 12$ per pack is what it costs in NY. The military institution should be put on diet, they’re already useless because they let thru Hizbala terrorists and harass normal citizens.

Rukoz's so quick to response to Bassil. They can't stand each others ever since Bassil slighted Rukoz in the internal FPM pre-election polls conducted to gauge their potential candidates popularity. Bassil insisted on running unopposed in Batroun which also happens to be the home district of Rukoz. Michel Aoun sided with Bassil as usual.

The quisling and his family can elect whomever they want with the help of Kizballah and Syria so I would not put it past them to elect all his daughters and grand kids to MP positions. This does not take away the fact the Rukoz was offered the role of an MP at his military retirement. It just baffles the mind how in a democracy can a relatively unknown military general who was not involved in war successfully became an MP??? The other concern one has to consider with the quislings bad health and dementia what will happen when he kicks the bucket? will Imbecile usurp Rukoz or would it be the other way around since Rukoz presumably has some retention on the military for support?

everybody is responsible dear...