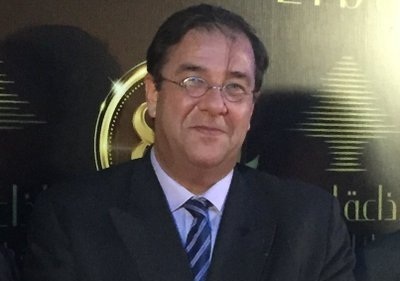 “The Lebanese government has adopted an ambitious program of action approved by the House of Representatives, and has started working on several basic files including its electricity, as well as the construction of an austere budget. We expect it to continue in this direction,” Fouche said in a dialogue via Twitter with al-Joumhouria.

He pointed out that Lebanon is “suffering from a massive national debt and its financial situation is bad, but the situation of the Lebanese debt is not similar to Greece's debt, so it is necessary for the government to take firm measures to restore balance as promised before the Parliament,” he added.

About the CEDRE conference in Paris last year, he said: “The implementation has begun. We consider the electricity file as one major file and so is approval of an austere budget.”

The electricity plan was approved by a large majority in parliament Wednesday, days after it was agreed on by the government.

Lebanese officials hope that plans to fix the electricity sector that has cost state coffers about $2 billion annually would lead to the release of $11 billion in loans and grants made by international donors at the CEDRE conference in Paris last year.

On the visit of French President Emmanuel Macron to Lebanon, Foucher said it will take place in the second half of 2019.

France is a beacon of hope for us! lol they took in the Pyjama president and Khomeini, not mention great humanitarians like Ruf3at el assad and helped set the area on fire. Now they are telling us we need to comply and be civil? Let them take their support away from the quisling and his syrian masters first before they tell us what to do the hypocrites they truly are. I used to feel sorry for them for having the Algerians and Moroccans overwhelm them but now I just call it Karma...