Shuqeir Says Right Budget Decisions Must be Made, Warns of Consequences 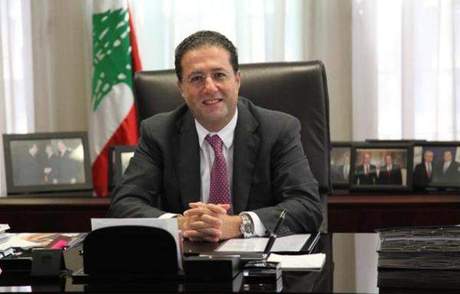 Telecommunications Minister Mohammed Shuqeir warned of the consequences should Lebanon’s officials fail to take “the right decision to save the country,” al-Joumhouria daily reported on Thursday.

He said officials must tell people exactly what they intend to do, noting that the scenario of the wage scale must not repeat itself, “they used to say something inside (during their meetings) and tell people another,” he said.

“The decision must be taken by true men, we either decide to save the country otherwise it will be no more,” he warned.

Lebanon is set to impose austerity measures to combat its bulging fiscal deficit.

Hariri did not specify what measures his government was mulling but hinted the package may include wage cuts for soldiers.

Lebanon is one of the world's most indebted countries, with public debt estimated at 141 percent of gross domestic product in 2018, according to credit ratings agency Moody's.

The budget for 2019 has yet to be finalised, but public sector workers fear that austerity measures may mean cuts to their salaries.

Hundreds of civil servants protested in central Beirut on Wednesday to denounce any such move.

The demonstrations came as part of a nationwide public sector strike that affected schools, universities, state-run media outlets and the tourism ministry's offices.

It would be nice if Naharnet posted the political affiliation of each minister when mentioning them. I guess the same should apply to MPs and municipalities when reporting or quoting them.

His statements are typical and a contradiction in terms:
1. officials fail to take “the right decision to save the country,
2. officials must tell people exactly what they intend to do
3. The decision must be taken by true men

Excuse me but are you not one of those who has been voted in to manage what you just blabbered about above??? Lebanese leadership.....lets just blame it on someone else and the problem will go away.