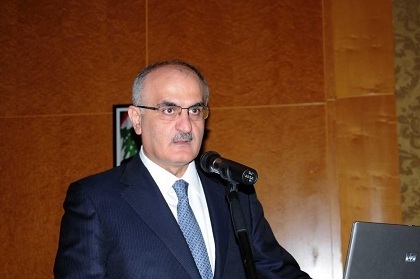 Finance Minister Ali Hassan Khalil revealed shocking figures related to salaries of some state employees, a needed revelation after a public outcry provoked by government plans to cut pays as part of strict austerity measures to counter an economic collapse.

In a televised interview on MTV station on Thursday, Khalil said the salaries, benefits and pensions of some state employees, mainly the military and security sector, are tremendously high noting plans to limit retirement benefits and reduce salaries of high-waged employees.

“It is unacceptable that salaries of some state employees are higher than that of President of the Republic. Some of the deputies receive pensions and also receive their parliament salaries,” revealed Khalil.

“The head of the examination department, for example, receives 60 million LBP in five days during the annual state examinations and there are those who take compensation exceeding 100 million LBP,” he added.

“The monthly salary of some Grade 1 employees reaches 50 million LBP! This must stop,” stressed Khalil.

He noted “the budget was completed in a manner observing all the amendments and scenarios that can be discussed,” stressing that he contacted Prime Minister Saad Hariri and wished him to hold a Cabinet meeting before the Easter holidays next week if allowed by President Michel Aoun in order to submit the budget and discuss it next week.

To cut spending, “one of the suggestions proposed by the Ministry of Finance is deducting %50 of the salaries of presidents, ministers, current and former deputies,” added Khalil who assured that the wage scale for civil servants will not be altered.

Lebanon is set to impose austerity measures to combat its bulging fiscal deficit.

Lebanon is one of the world's most indebted countries, with public debt estimated at 141 percent of gross domestic product in 2018, according to credit ratings agency Moody's.

The budget for 2019 has yet to be finalised, but public sector workers fear that austerity measures may mean cuts to their salaries.

Hundreds of civil servants protested in central Beirut on Wednesday to denounce any such move.

The demonstrations came as part of a nationwide public sector strike that affected schools, universities, state-run media outlets and the tourism ministry's offices.

"As a government, we are required to issue the most austere budget in Lebanon's history because our financial position doesn't allow us to increase spending. If we continue like this we will reach a catastrophe," he said.

This wasn’t a secret, why look surprised now?

Thank you Papa of all and his corrupt government for not even talking about this!
Lets hope that something comes out of this and the government does not do the traditional thing of taking it out on increasing fuel prices as increasing mortgage rates.