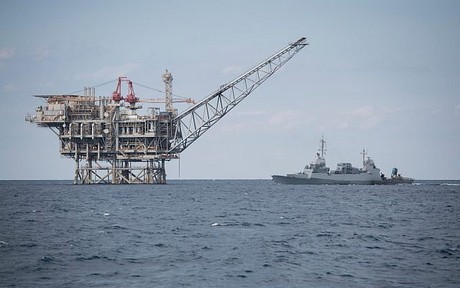 The sources told the daily on condition of anonymity that “there is a unified Lebanese position at the level of the government regarding the issue.”

According to Lebanese sources familiar with the talks, one of the points of discussion revolves around the question "at what level will the role of the United Nations be," stressing that the UN represents the international reference and the main legitimacy of similar agreements.

The negotiation process would pass through resolving the outstanding points in the land border and demarcation of the maritime border at the same time, sources said.

Last year, Lebanon signed its first contract to drill for oil and gas in its waters, including for a block disputed by its southern neighbour Israel, with which it has fought several wars.

Lebanon had reportedly received "positive signals of an American desire to play the role of mediator between Beirut and Tel Aviv".

How does a Saudi newspaper get these details before the Lebanese papers?

You do realise of course that if the Americans tried to find the Israeli mediators in Tel Aviv, they wouldn't find anyone as all the relevent Israeli Government offices are in Jerusalem.
Apart from that the Israelis should tell the Americans that if the Lebanese want to talk, they can give them the direct telephone number of the Prime Minister as they don't need mediators but direct talks, there are enough Israeli officials who speak Arabic.

quick question for you Phillipo, what is the capital of Lebanon? (not a trick question)