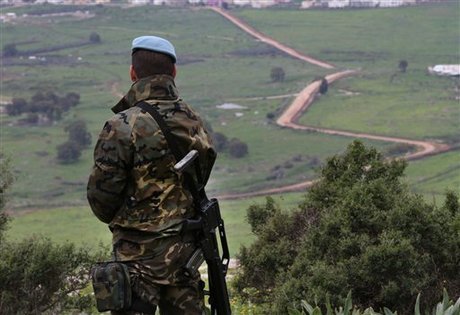 In light of a US mediation between Lebanon and Israel over the border demarcation, Israel has reportedly “agreed” to the idea of ​​demarcation but refused to involve the UNIFIL forces in said talks, the Saudi Ashraq al-Awsat daily reported on Tuesday.

Political sources familiar with the visit of US Assistant Secretary of State David Satterfield to Israel, said the “Israelis had agreed to the idea of ​​border demarcation, but asked for clarification on some issues,” they told the daily.

They added: “Although the Israeli have shown a lenient position, but they still reject the participation of the UNIFIL forces operating in southern Lebanon in the demarcation of the maritime border. They demand direct negotiations between Lebanon and Israel with an American presence only. They reject the presence of the tripartite committee tasked with coordination and monitoring of the security situation on the land border.”

According to information, "the Israeli side believes the UNIFIL forces have no international mandate to sponsor the maritime border negotiations since there is no Security Council resolution on this matter,” added the daily.

On the other hand, UNIFIL spokesman Andrea Tenenti told al-Joumhouria daily that the “international forces had nothing to do with the demarcation of the maritime border between Lebanon and Israel.”

“Its activities are limited by land Resolution 1701 between the Litani and the Blue Line,” said Tenenti, adding that the tripartite forum, which is held periodically under the auspices of the UNIFIL command, addresses all issues related to the demarcation of land borders and the Blue Line and violations of this line.

“UNIFIL hosting of Lebanese-Israeli talks to discuss the issue of maritime borders is outside the framework of Resolution 1701, such a thing is related to the United Nations in New York,” he concluded.

UNIFIL is likely to do as good a job as a participant in the negotiations as it has monitoring compliance with Resolution 1701.

you can't blame the UNFIL, however the permanent members of the UN should fully take the responsibility of what happened in the Middle East. This does include the unilateral and wrongful creation of Israel. There were better ways of giving Jewish survivors of the Shoah a land and identity in what is now called Israel.

Israel can be excited about Trump, if he attacks Iran then all surface to surface missiles that the Axis of Resistance possess will be pointed and fired at Haifa, Tel Aviv, Beersheba and even Eliat.

Then we can all go up in flames, but they fear it more than we do.

If he attacks Iran you will be hiding in the basement of a hospital or school ya jaban. History will recycle itself and Kizb will continue to say next time we will demolish Israel. Wishet ya walad go play and leave the postings to adults.

So you are supposed to be the adult?
Hasbara jew boy.
You people hid in shelters when rockets hit Haifa back in 2006 aswell.
So don't act all high and mighty.

What do you think the chances of Lebanon getting a fair shake by negotiating with Israel and the US? The US is bending over backwards to please Israel so this will not be an exception to the rule. Lebanon needs a fourth neutral part if one can be found.

I the absence of peace there will be war, there is no bad peace or good war. History has shown in the middle east that to talk about an issue is a sign of weakness, we live by Bedouin morals predicated upon our culture that is over a thousand years old. If we do not attempt to talk then expect the status quo, and if your afraid of a fair shake then your leaders are not doing their job and not the fault of the opposing team who is yes looking after their best interest. But then again were so used to repeating the same thing over and over again and look how well that has taken us!

Who the hell is America still trying to fool? It's crystal clear that it backs Israel in all aspects. US is that friend of my enemy who pretends to be my friend in order to inform my enemy about my weakness isn't that?