Aoun Says Austerity Measures are 'Hard' but Will Pay Off 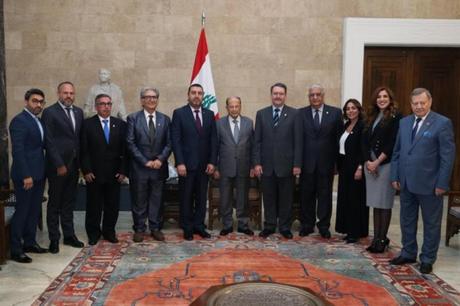 President Michel Aoun on Tuesday said the austere budget measures planned by the government will “pay off” in the end and will help Lebanon overcome the economic “crisis.”

“We inherited a debt of over $80 billion and a deteriorating economic situation. What we are doing is necessary to get out of the crisis and the Lebanese will sense how everything is going to improve later on,” said Aoun during a meeting with a delegation of the Syndicate of Opticians in Lebanon.

“We inherited a debt of over $80 billion and a deteriorating economic situation."

Yeah, he was just born yesterday and his FPM party was formed this morning.

and what austerity measures are affecting the presidency, his luxurious lifestyle and that of his family?