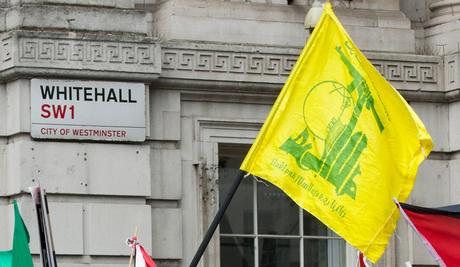 Radicals linked to the Iran-backed Hizbullah movement were found to be stockpiling bomb-making ingredients in London in 2015 in a case that was kept "hidden from the public", the Daily Telegraph reported on Monday.

One man was arrested in a series of four raids in northwest London but he was later released without charge after what the paper said was a "covert intelligence operation" that was not aimed at seeking criminal prosecution.

The paper said that the decision not to inform the public about the discovery, which came shortly after the Iran nuclear deal was concluded, would "raise eyebrows".

The paper said then prime minister David Cameron and interior minister Theresa May were informed but MPs who were debating whether to ban Hizbullah in Britain were not.

The paper said similar discoveries of ice packs used to store explosives were made in other parts of the world.

It said ice packs were used as they looked harmless and were easier to transport. The report added that no attack was imminent and the ammonium nitrate had not been weaponised.

Hizbullah's militant wing was banned at the time but the Lebanese Shiite group in its entirety was only added to Britain's terrorist group list earlier this year.

But they are gods party surely they are a peace loving group of guys who mean the world well?
Look at the wonderful things they have done for the region :-) no no no its Israels fault as usual I refuse to beleive the bearded goat would be involved in such shenanigans.

How do they know if these terrorists were really linked to Hizballah? Many (including US, Israel and KSA) have been interested in branding Hizbullah as Terrorists, After Khashoggi case I'd not be surprised to find out that these nations worked together to fake a Terrorist attack in order to blame their common enemy.

Easy, its because they were shia. I am not saying that every shia is bad, no. There are certainly decent, free-thinking shia out there, and I hope there will be more. But if you catch a lebanese shia with bomb material inside or outside Lebanon, then its certainly a Hezbollah member.

Libres, in the English language the word terrorism is the unlawful use of violence and intimidation, especially against civilians, in the pursuit of political aims. This personifies Kizb and its Iranian leadership to the hilt.

Wish you could be more specific when you cite "violence specially against civilians"...