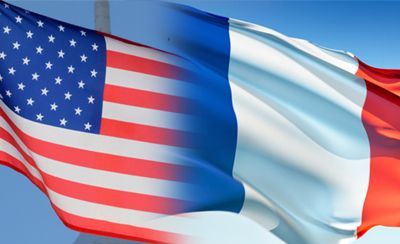 The ambassadors of European Union countries reportedly discussed in their monthly meeting the latest developments in Lebanon, and reached a result that the deadly Qabrshmoun incident has “external dimensions,” and that their countries must act to prevent the aggravation of the situation in Lebanon, al-Joumhouria daily reported on Wednesday.

According to the daily, the ambassadors “expressed their dissatisfaction with the lack of national responsibility, which marked the statements and positions of a number of officials and political figures in Lebanon. They were surprised at how a country on the brink of the abyss was still acting in that way and did not give priority to national and economic issues.”

Al-Joumhouria also said that according to information, the “United States and France have through diplomatic and military channels, informed Syria, Iran and Israel that Lebanon should not be destabilized because Lebanese stability garners an international consensus that includes Russia and China as well. The Lebanese arena must not be used as a “mailbox” for conflicting forces in the region.”

The Shia's status in Lebanon is akin to that of the Palestinian in (greater) Israel: slave. It is immoral to approve of this status, dressed up in terms of stability or not, but it is foolish to think that this status is the basis of stability. I was just reading a bit of Aristotle about slavery, where he apparently says a slave is a man and is not a man. Article 24 of the Lebanese Constitution which gives half of legislative seats to Christians when, per Noam Chomsky, more than half of Lebanese are Shia, and the "Jewish and democratic state" of Israel in whose effective though undrawn borders less than half of persons are Jewish, are going to be unstable until this contradiction is removed in law. Law cannot define "Shia" or "Jewish". Law cannot get past "person", with the further criterion of citizenship only applicable against persons present in a state in an emergency, e.g., refugees or asylum seekers, or illegally, e.g., undocumented economic migrants.

A New Census would be a Great idea Don't you think?

The cristhians arabs must have one army!!! Everybody know that Israel and Meca wants to destroy the last cristhian nation in all arab world!!!

Obama destroy the cristhianity in Iraque, Trump gonna destroy the last cristhian nation!!! USA the killers of the Cristhians in the arab world in the name of Israel!!!