Drone Falls, Another Explodes over Dahiyeh 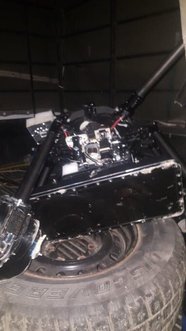 One drone came down and another exploded early Sunday in a Hizbullah stronghold in Beirut's southern suburbs, a Hizbullah official told the AFP news agency.

The incident came hours after Israel launched air strikes in neighboring Syria but the official could not confirm if the drones were Israeli or if they had been shot down by Hizbullah.

Lebanese security forces cordoned off the area in the Moawwad neighborhood, a few dozen meters from a Hizbullah media center, as residents gathered, and where forces from Hizbullah were also present.

"There were two drones -- the first fell and was neutralized, the second exploded," a Hizbullah official told AFP on condition of anonymity.

Lebanon and Israel are technically still at war, and Lebanon regularly accuses Israel of violating its airspace with planes and drones.

Israel has fought several conflicts against Hizbullah, the last in 2006.

In recent years those hostilities have spilled over into Syria, where the group -- like Iran, another long-time enemy of Israel -- is fighting on the side of the regime of Bashar al-Assad.

Late Saturday night Israel said its jets carried out strikes in Syria to prevent an Iranian force from launching an attack on Israel with drones armed with explosives.

In a briefing to reporters early Sunday, military spokesman Jonathan Conricus said the Israeli air force "was able to thwart an Iranian attempt led by the Quds force from Syria to conduct an attack on Israeli targets in northern Israel using killer drones."

A Syrian military source quoted by the official Sana news agency said anti-aircraft defences had "detected enemy targets from Golan heading towards the area around Damascus."

"The aggression was immediately confronted and so far the majority of the enemy Israeli missiles have been destroyed before reaching their targets," the source added.

Since the beginning of the war in Syria in 2011, Israel has conducted hundreds of strikes in Syria, most of them against what it says are Iranian and Hizbullah targets.

Isn't it interesting to see that the photo shows the type of drone operated by Iran, not the type operated by Israel.
But why should that prevent Nasrallah blaming Israel for this. What have his declarations have anything to do with telling the truth.