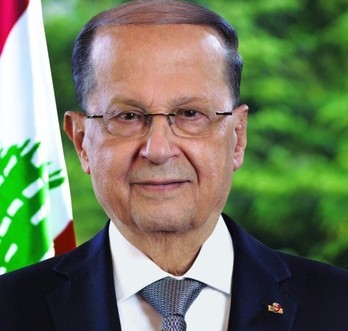 Lebanon ordered investigations into the reasons that rendered three firefighting Sikorsky helicopters idle, as the country struggles to extinguish wildfires that burned out of control on Tuesday.

President Michel Aoun demanded investigations into the reasons that left the Sikorsky's “out of order.” He said parties responsible will be held accountable, the National News Agency reported.

Three firefighting Sikorsky helicopters were donated in 2009 to the Lebanese authorities along with a three-year maintenance grant.

All three of these helicopters have been out of service due to a lack of spare parts, according to unnamed sources.

The choppers used 4000 liters of water.

Strong fires spread in different parts of Lebanon forcing some residents to flee their homes in the middle of the night as the flames reached residential areas in villages south of Beirut.

Fire engines were overwhelmed by the flames in the Mount Lebanon region early Tuesday, forcing the Interior Ministry to send riot police engines equipped with water cannons to help.

Two small aircraft were sent from the nearby Mediterranean island of Cyprus and are helping in putting out the fires.

A heat wave hitting the region and strong winds helped intensify the fires in pine forests around Lebanon and three provinces in neighboring Syria.

Prime Minister Saad Hariri said that if the fires turn out to be intentional those behind it "will pay a price."

"Two Cypriot planes have been working to put out the fires since yesterday," she said on Twitter.

"Greece has responded to our request and will send two planes to help us," she added, while Jordan also said it was ready to help.

U.N. peacekeeping force UNIFIL, whose members usually patrol the country's southern border with Israel, has also joined in the efforts.

Never has Lebanon known or seen a president who has ordered more investigations than this one, ever!

The friction generated when virile young men penetrate blablablablablabla's deep and wide luv tunnel generated uncontrollable sparks that ignited the forest fires. The government should do everything possible to ensure these young men use lubricants to minimize the heat generated from said friction.

The 'Idle' Rescue Planes, the corruption, the total bankruptcy, the raging forest fires are all part of the conspiracy instigated by the USA/Israel/Saudi Arabia against the 'Strong' president and his tenure that Bassil mentioned the other day.