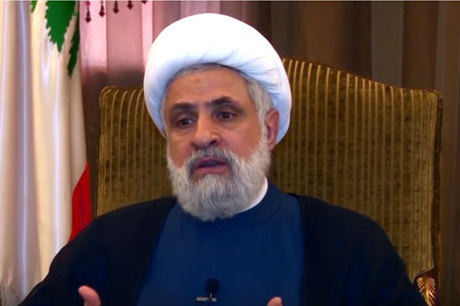 Hizbullah deputy chief Sheikh Naim Qassem on Friday said his part is “effectively taking part in the consultations with the heads of the parliamentary blocs and the relevant officials with the aim of forming the (new) government.”

“We hope the final format for the premier and the government will emerge soon,” Qassem added.

Stressing that Hizbullah “will maintain its role in carrying people’s concerns and working for reform and combating corruption,” Qassem said his party’s “presence and representation will be effective in the government that will be formed.”

“It will be part of the coming government because it is part of this people,” he added.

Emphasizing that things will not remain the same after the sweeping popular protests that have engulfed the country since October 17, Qassem said “the demands of this protest movement should be present and should have the priority over those of capitalists.”

“We are strenuously working to have a salvation government that can represent a chance to prevent the country from descending into chaos,” Hizbullah number two went on to say.

You must be kidding, why haven't you fought corruption in the past if you care so much about the people. There will not be any room in the new government for any current or past political players....

It is a joke right??

so, iow, you are responsible to the non formation of government and you still want the same thing--obviously listening to anyone but iran is not listed as an option to you.

So to add, if there are so against corruption, 1) why have they done nothing about so far and 2) why are they allied with among the most corrupt? THat makes them just as guilty as the Berris, Bassil's and their other allies they are protecting.

Look at what is going on in Iraq--the biggest 2 Iranian influences are arms and corruption--and Kizb will have a hard time dealing with the second one if that is something coming from their benefactor(s).