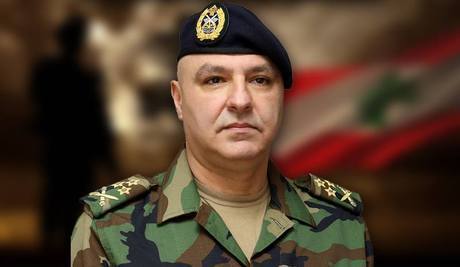 Aoun said Sunday that protests in Lebanon have witnessed less violence than other places including Iraq, Iran, Hong Kong, Bolivia and Paris.

“We did not stop anyone who is protesting in squares, but when they want to close roads and harass people we will intervene,” the general said, referring to some activists who closed roads around the country before the army opened them by force.

“How many people are dying in Iraq every day?” the commander said. More than 320 Iraqi protesters have been killed by security forces in Iraq since the beginning of October. He said an investigation is underway in the case of a protester (Alaa Abu Fakhr) killed by a soldier last week in southern Beirut.

Nationwide demonstrations began on Oct. 17 against new taxes on WhatsApp calls amid a plunging economy. The protesters now are calling for the downfall of the political elite who have run the country since the 1975-90 civil war.