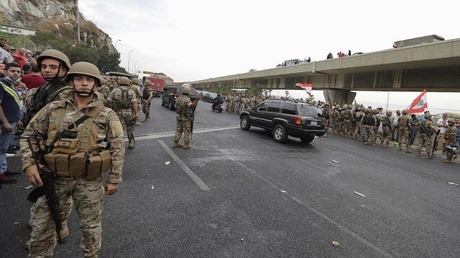 The army said in a statement on Tuesday that one of the protesters in the town of Naameh fired bullets from a pistol the night before. It says that made the troops fire in the air to disperse the protesters.

Across Lebanon, protesters have been holding demonstrations since Oct. 17, demanding an end to widespread corruption and mismanagement by the political class that has ruled the country for three decades.

Protesters have resorted to road closures and other tactics to pressure politicians into responding to their demands for a new government after Prime Minister Saad Hariri resigned more than a month ago, meeting a key demand of the demonstrators.