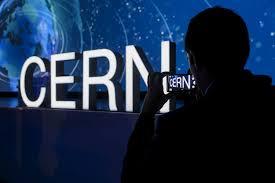 Europe's physics lab CERN on Wednesday said it had stopped using a Facebook team-chat application because of concerns about handing over data to the U.S. tech giant.

CERN said it had wound up its Facebook Workplace account on January 31 after the U.S. firm gave it the choice of either paying to use the service or sharing data.

"Losing control of our data was unacceptable," CERN said in a blog on January 28, confirmed to AFP by spokeswoman Anais Rassat on Wednesday.

But a Facebook spokeswoman said the company had offered new pricing tiers "with different features and terms, all of which adhere to our strict security and privacy standards".

"We're sorry CERN are no longer trialing Workplace," she said.

CERN said it had started using Workplace when it was offered the service for free in 2016.

It said some 1,000 members of the CERN community had created accounts and there were around 150 active users each week.

"Reactions were not always positive. Many people preferred not to use a tool from a company that they did not trust in terms of data privacy," the laboratory said.

CERN said its staff would now instead use two open-source chat services: Mattermost and Discourse.

CERN is home to the Large Hadron Collider (LHC) -- a giant lab in a tunnel straddling the French-Swiss border that is the world's most powerful proton smasher.

Workplace is an enterprise-orientated version of Facebook that, instead of distracting workers, is intended to let them connect and collaborate.

It claims to have around three million paying users.

Facebook has faced a series of privacy scandals in recent years, including over the hijacking of personal data on millions of users by a British consultancy developing voter profiles for Donald Trump's 2016 campaign.