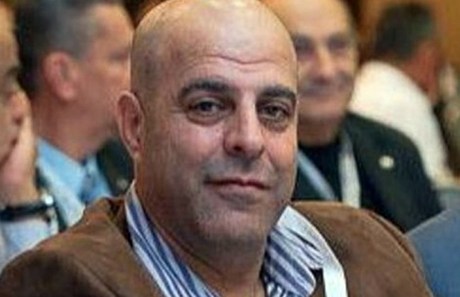 Under the pretext of health conditions, Lebanon is being “pressured” to release Amer Fakhoury charged with murder and torture of Lebanese citizens during Israel's occupation of southern Lebanon, al-Akhbar daily reported on Tuesday.

Fakhoury, Lebanese-American, is reportedly undergoing cancer treatment, and it remains unclear if he'll be able to stand trial.

According to “informed sources,” the United States is threatening to impose “strict sanctions” on Lebanon if it keeps Fakhoury in custody, urging authorities to let Fakhoury fly back to the United States, said the daily.

“The case must be followed up closely,” said the sources, pointing out that “US pressures on Lebanon in secret are greater than those brought out to public.”

Last week, a U.S. senator Sen. Jeanne Shaheen, who is reportedly working on a sanctions bill, said that Fakhoury is “being held by authorities despite no proof of wrongdoing.”

Earlier in February, a military investigative judge charged Fakhoury with murder and torture of Lebanese citizens, crimes he allegedly committed during Israel's occupation of southern Lebanon, judicial officials had said.

The accusations could carry a death sentence.

Amer Fakhoury is accused of working as a senior warden at Khiam Prison, which was run by an Israel-backed Lebanese militia. The prison has been described by human rights groups as a center for torture. He was detained in September after he returned to his native Lebanon from the U.S., and Lebanon's intelligence service says he confessed during questioning to being a warden.

Some in the FPM are worried about the new US sanctions concerning corruption and might play the Fakhoury hand in order to be exempted.

A man 'accused' of collaborating with Israel could face the death sentence, and another man openly admits he works for Iran, gets paid by Iran, and carries out Iran's orders is hailed as a hero.

Funny how not al-Akhbar nor Hezbollah wanted to touch the matter of who Fakhoury was and how he return unchecked until a few ex-Khiam detainees, with Journalist Salem's help, relentlessly persisted on keeping the story alive. They did not want to offend their allies FPM especially those close to Gebran Bassil. Now al-Akhbar is jumping on the outrage bandwagon like they invented it. Khiam torturer and Israeli Collaborator Fakhoury is a close associate of many FPM supporters based in the US including the Bassilist Lebanese ambassador to the USA Gaby Issa. While in the US Fakhoury was a constant presence at most of Issa's official receptions and ceremonies at the Lebanese embassy. When the Fakhoury story broke, the FPM leaked a picture of Fakhoury with Gen. Joe Aoun, trying to lay the blame squarely at the army chief's feet. Credit again to Zahran for shooting their hypocrisy down. Bob Al-Amine and co are just flashing their cynical propagandist credentials with this non-story.

He is no different than those carrying arms in the presence of Lebanese armed forces under the slogan of fighting Israel but they are now in Syria, Iraq and Yemen fighting AND killing Arab citizens.