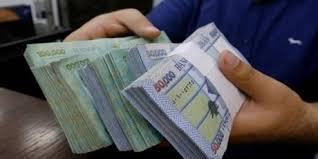 Lebanon Friday pledged to finalise a plan to restructure the country's massive debt by the end of 2020, just weeks after its first default in history.

"Our aim is to finalise this ambitious turnaround agenda before year-end 2020," he said during a presentation to investors by webcast.

One of the most indebted countries in the world, Lebanon is burdened by a public debt equivalent to more than 170 percent of GDP.

On Monday, the finance ministry said it would discontinue payments on all of its outstanding dollar-denominated Eurobonds.

This came after its first default in history on a $1.2 billion Eurobond originally due on March 9.

The country is embroiled in one of its worst economic crises since the 1975-1990 civil war, now compounded by an outbreak of the novel coronavirus.

In a bid to halt the spread of the illness, the government has ordered a lockdown until April 12 and ordered all non-essential businesses to close.

The finance ministry's director-general Alain Bifani warned that the pandemic would only "exacerbate the deterioration of social conditions".

He said 45 percent of Lebanese already lived in poverty, and 22 percent in extreme poverty.

He predicted the economy would further contract by around 12 percent this year, and inflation would reach up to 25 percent.

Even before the coronavirus, prices had soared and many businesses had been forced to slash salaries, fire staff or close.

The pandemic is just the latest crisis to hit Lebanon, already reeling from months of unprecedented anti-government protests that sought to dislodge a ruling elite seen as incompetent and corrupt.