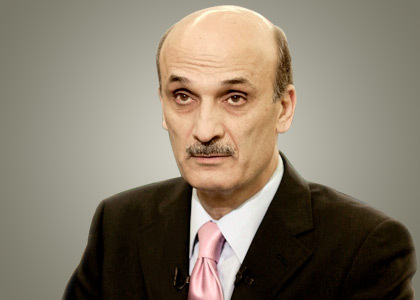 Lebanese Forces leader Samir Geagea on Monday hurled a jab at the Free Patriotic Movement and its chief Jebran Bassil in connection with the latter's remarks on the controversial issues of power plants.

“As to the issue of electricity: since the books of terms for the construction of production plants have been ready since 2019, why has the government tasked the energy minister (the real energy minister is Jebran Bassil) to directly negotiate with the firms instead of organizing an immediate call for tenders through the Public Procurement Management Administration?” Geagea tweeted.

Bassil had on Sunday stressed that the FPM ministers are not to blame for the chronic electricity crisis, accusing rivals of impeding their plans for political reasons.

Separately, Geagea lamented that “every day that passes carries a loss of tens of millions of dollars to the Lebanese treasury and people in connection with the issue of illegal border crossings.”

“What is the government waiting for to take a clear, final, decisive and firm decision to task the army and the competent security forces to shutter these crossings once and for all?” the LF leader asked.

None of this will ever happen in Ebola Land...

Simply because there are organizations of thieves benefiting from smuggling fuel and other essentials to Syria.
If not All it takes is a single order to the border control to stop it.

Isn' t one of the President's executive power as High Commander of the Armed Forces? Why isn't he commanding his troops and generals? Ah I see I forgot, The actual President is Hassan Nasrallah.

Who are you calling President, Hassan Nasrallah is much much more than that! He's the Supreme Leader and ultimate decision maker in Lebanon. He appoints presidents and prime ministers. He's also a mere foot soldier in the army of the Fakih with the rank of domestic or planton.

Do you ever wonder with all the ciritique this government is getting nothing changes?