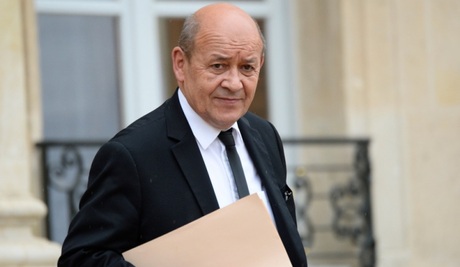 France urged the speedy formation of a new Lebanese government "that can live up to the expectations of the people," after premier Hassan Diab's cabinet quit on Monday over the Beirut blast.

"The aspirations expressed by the Lebanese in terms of reforms and governance must be heard," French Foreign Minister Jean-Yves Le Drian said in a statement.

"The priority must be the rapid formation of a government that can live up to the expectations of the people, whose mission will be to meet the main challenges of the country, especially the reconstruction of Beirut and reforms without which the country will plunge into economic, social and political chaos," he said.

Diab's government, formed in January to tackle a spiralling economic crisis, has faced all-out public fury since an explosion in Beirut port last week that killed at least 160 people, wounded 6,000 others and ravaged swathes of the capital.

The Lebanese political elite are probably controlled by 20 to 30 families. I believe by now, that they are aware, that their system and methods brought enough misery to this country , I hope they will have the decency to step down, and give the people the right and the opportunity to elect a genuine democratic government

France go to Lebanon, ask the demition and now...bla bla...France do not includ the return of 2 million of meca refugies in the pririties for Lebanon!!??? Daesh Nation!!

Hizbi pigs will start trouble very soon. Their goon sheep are ironing their black t-shirts as we speak. Whatch out for the satanic terror on motor bikes.