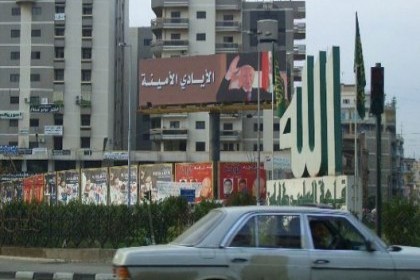 Saad Hariri's supporters fired celebratory gunfire in the northern city of Tripoli on Thursday after he was named as prime minister-designate.

A medical source told AFP the shooting wounded three including an elderly man and someone cleaning in front of his shop.

There was no immediate reaction in the streets from the protest movement, which had however long said it did not want the return of the political old guard it accuses of ineptitude and corruption. The protest movement had organized a march against Hariri’s return on Wednesday evening.

"As if nothing happened at all this whole year. Hariri is back and the (political class) is pleased," Hayat Nazer, a protester and artist, said on Thursday.

"It is clear they have ignored the public's outcry," Nazer added.

Portending tensions ahead, protesters who took to the streets Wednesday rejecting Hariri's nomination were heckled by his supporters amid heavy security deployment.

Hariri's supporters also set fire to a large depiction of a fist that symbolizes the uprising against the old political class. A new fist was raised on Thursday.