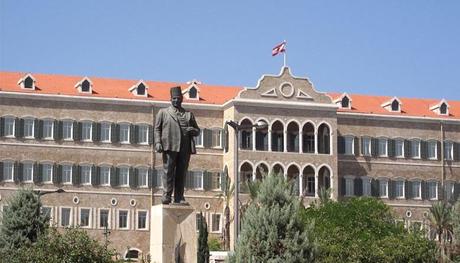 Bringing the government formation talks back to square one reportedly "serve" Hizbullah and its backer, Iran, which prefers to push the consultations until after US President-elect Joe Biden assumes his constitutional duties, succeeding President Donald Trump, the Saudi Asharq el-Awsat reported on Thursday.

Reports said the latest meeting on the formation between Prime Minister-designate Saad Hariri and President Michel Aoun “ended with deep negativity after the President insisted on naming the Christian ministers.”

A former Lebanese PM told Asharq el-Awsat that through his adamant position, Aoun provided an “excuse” for his ally, Hizbullah, and its backer Iran, which prefers the formation of a government in Lebanon be delayed until after Biden assumes his constitutional responsibilities.

He added, on condition of anonymity, that what matters for Iran is to negotiate with Biden on the outstanding issues between Tehran and Washington, including the situation in Lebanon, “in order to reach a settlement instead of letting Paris settle it for a price Iran is unable to pay.”

He said although Hizbullah MP Mohammed Raad showed willingness, during recent talks with French envoy Patrick Durel, to help facilitate the formation process, it has not been paralleled with practical steps.

The ex-PM said that during his meetings with Lebanese officials in Beirut, Durel received “mere promises” from Aoun, his son-in-law, the head of the Free Patriotic Movement Jebran Bassil, and Hizbullah on their adherence to the French initiative; however, these promises soon “evaporated” upon his return to Paris.

and everybody he 'personally' knows is a thief!

the problem is much deeper, it is in the genes of the leaders of the country, individual interests more important than the overall interests, in fact the national interest, is misused for individual goal. the Lebanese leaders work for their dynasty and not for the country. They are all prototypes of little-Trump, divide and rule, cannot accept loosing, my way or the highway. their approach is Machiavellian: It is safer to be feared than loved.

We are governed by a bunch of retards! Especially the "strong" President...

I never believed in this government formation. We’ve learned... over the years how crooked they all are.

Did you expect anything different from the cave men? It's all about them and their ancient iranian agenda. Not Lebanon or the lebanese; those 'Lebanese' who side and partner with them will forever be damned as traitors.