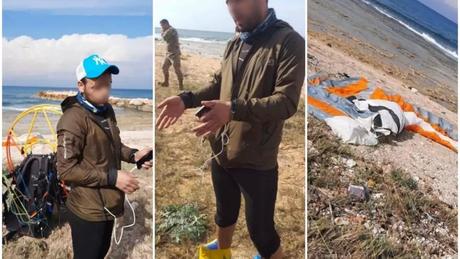 Lebanese army intelligence questioned a Turkish paraglider who sparked a security alert Friday when he landed on a beach in the south of the country, the National News Agency reported.

Videos posted on social media showed the paraglider landing in Adloun, a town halfway between the two main southern cities of Sidon and Tyre, less than 40 kilometers from the border with Israel.

Turkish media reports said the man, identified as Mahmud Ertunc, and his powered paraglider were blown off course by strong winds.

Lebanon's state news agency did not specify where the Turkish paraglider was believed to have taken off from.