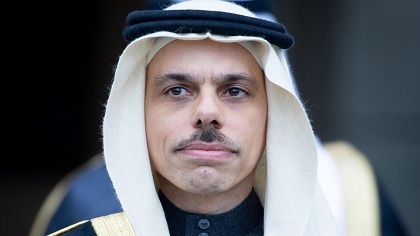 Saudi Foreign Minister Prince Faisal bin Farhan al-Saud said Lebanon suffers from a “governance crisis,” which is providing “cover” for Hizbullah party, adding that Lebanon should help itself to steer out of its economic and political crisis.

“The most important thing for Lebanon to do is help itself. Lebanon’s economic and political situation is a result of its own political class not focusing on delivering prosperity to the people of Lebanon,” said the Minister in an interview with CNBC news anchor Hadley Gamble on Monday.

“If the Lebanese government focused on delivering reforms, services and real economic reform and jump-starting the potential of the Lebanese people. The Lebanese people are tremendously well-educated. Lebanon deserves to be one of the prosperous countries in our region, it only needs good governance,” he added.

On whether the Kingdom believes that PM-designate Saad Hariri, long backed by Saudi Arabia, is the right man to pull Lebanon out of the crisis, the minister said “it is not about individuals.”

“It is not about one individual, what is important is that there is a true change in how Lebanon functions, and right now we have a situation where the governing system there is focused on mainly giving cover to Hizbullah, which has undermined the state completely,” he stated.

“You have a state that is mired with mismanagement and corruption because it is dominated by this armed party that imposed its will on any government. Without structural reform that addresses that key problem, individuals are not the issue,” the Saudi Minister concluded.

The wisest words coming from Saudi for a long, long time. Absolutely spot on!

We have all been saying that for years. It's just a pity that the people in Lebanon have not taken heed and done something about it.

first step for real reforms and condition for success is solid foundation, if not sooner or later another (armed) political party will emerge. The basis for solid foundation is Equality between Lebanese, government positions should not be linked to religion; when this will occur Lebanon becomes a nation for all Lebanese and Lebanese will be united, and won't be anymore a fertile ground for foreign conflicts.Bottom line, the conditions are easy to mention but we need a government with balls to implement them

Very well said. As long as Hizballah is present in the government nothing will change.shame on president Aoun, he is selling the soul of Lebanon and their people to a Iranian backed terrorist organisation