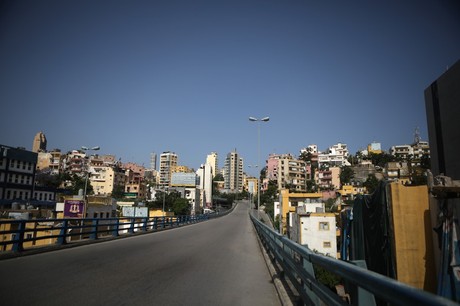 Lebanon on Monday is to gradually ease restrictions imposed two weeks ago after a surge in coronavirus infections, in a bid to relieve its struggling economy in time for the festive season, officials said.

Acting health minister Hamad Hassan told reporters the country "will gradually reopen from Monday" to give citizens and businesses a respite ahead of Christmas and end of year holidays.

He said restaurants will reopen at 50 percent capacity, but bars and nightclubs will remain closed and weddings prohibited, while an overnight curfew will start from 11 pm instead of 5pm.

Schools would also reopen but with some classes still held online, Hassan said after a meeting of Lebanon's coronavirus task force.

He warned that the "danger" of a rise in infections still exists and that the hoped-for results to stem the virus thanks to the curbs would not be known for several days.

Before the two-week restrictions went into force in mid-November, bed occupancy in hospital intensive care units was between 80 and 90 percent while "now it stands at 65-70 percent", Hassan said.

Lebanon, with a population of around six million, had been recording some 11,000 coronavirus infections on average each week before mid-November, according to the health ministry.

A first country-wide lockdown imposed in March was effective in stemming the spread of the virus, before restrictions were gradually lifted as summer beckoned people outdoors.

But the number of cases surged following a monstrous blast at Beirut's port on August 4 that killed more than 200 people, wounded at least 6,500 and overwhelmed hospitals.

The blast and the pandemic have exacerbated tensions in the Mediterranean country which has been grappling with its worst economic crisis since the 1975-1990 civil war.