Hizbullah Positions among Targets of Israeli Raids in Syria 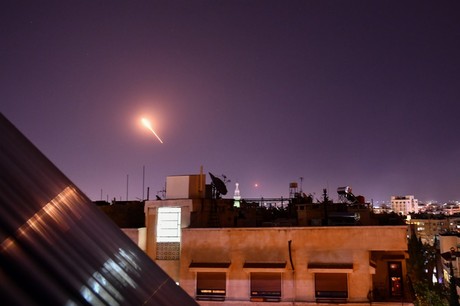 The Israeli air force carried out more than 18 strikes against multiple targets in an area stretching from the eastern town of Deir Ezzor to the Boukamal desert at the Syrian-Iraqi border, according to the Britain-based war monitor.

They wounded at least 37 others.

Paramilitaries belonging to the Lebanese Hizbullah movement and the Fatimid Brigade, which is made up of pro-Iranian Afghan fighters, operate in the region, the Observatory said.

No a chance in Hell

Best bit of news for the week!

Oh how these words bring joy to my heart!

What a glorious day for every Lebanese.

Apparently, no Lebanese citizens were killed. What a relief that Lebanon's enemy of old to the South is uninterested in conflict with Lebanon. And why should Lebanese care if they kill foreigners that are outside the country?