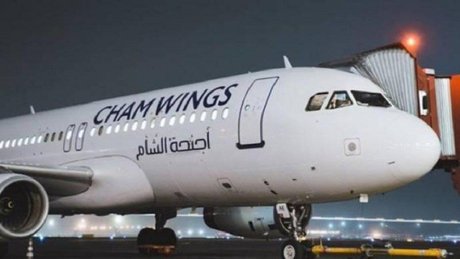 A Cham Wings plane flying from Aleppo in Syria, landed at one o’clock after midnight at Beirut’s Rafik Hariri International Airport following the restoration of air connectivity at Aleppo airport, the National News Agency reported Friday.

The round-trip route was resumed after being halted since Syria’s conflict began in 2011.

Precautionary measures against the coronavirus were in place, with passengers required to show PCR tests taken less than three days before the flight, according to Syria’s state news agency SANA.

The head of Syrian Air in Lebanon, Rashed Attar, said the flight arrived in Beirut carrying 36 passengers and returned to Aleppo with 44 passengers. Attar said a weekly flight between Aleppo and Beirut will continue.

The Director General of the Syrian Civil Aviation, Basem Mansour, said in a statement to SANA that resumption of activity at Aleppo International Airport comes in implementation of the Council of Ministers decision after a temporary halt due to the virus.

Director of the Health Center at Aleppo International Airport, Salwa Ibrahim, said: “All appropriate measures have been taken to prevent the virus, in accordance with the protocol approved by the World Health Organization and the Civil Aviation Organization.”

Syrian Air currently conducts three flights a week between the Syrian capital of Damascus and Beirut.

Aleppo, Syria’s largest city and its former commercial center, had its airport closed for years because of the conflict. The city was divided until late 2016, when government forces captured rebel-held eastern parts of Aleppo.

Syria’s conflict began in March 2011 and has killed nearly half a million people. The fighting has displaced half the country’s population, including more than five million who are refugees outside the country

Now your president goes on tv and states that halab got corona not from wuhan but from Beirut.

ALL ARRIVALS INTO LEBANON FROM AIR or SEA or LAND MUST ENTER INTO COMPULSORY 15 DAY ARMY RUN HOTEL QARANTEEN and do 3 covid tests before leaving.

Even the transport drivers and hotel cleaners must BE TESTED DAILY FOR COVID.

THIS IS RIDICULOUS. Leb government pick up your act.

Didn’t they say they banned all flights as of Thursday?

Lebanon allows in a aircraft of an airline which is banned in the EU and the US.
And why is it banned there you may ask, because of its pro-terrorist activities.
Lebanon should also ban this company.