FBI Asked to Investigate Parler over Attack on U.S. Capitol 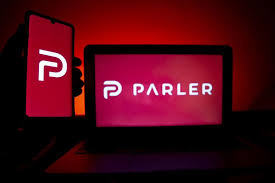 A lawmaker on Thursday asked the FBI to investigate the role conservative-favored social network Parler played in the deadly attack on the U.S. Capitol early this month.

Congresswoman Carolyn Maloney,  who chairs the Committee on Oversight and Reform, sent a letter to the director of the FBI calling for it to look into Parler as well as ties it may have to Russia.

Maloney asked that the investigation of the January 6 attack include "robust" scrutiny of Parler, including "as a potential facilitator of planning and incitement related to the violence," according to a released statement.

Parler, which was forced offline by Amazon's web hosting division after the riot, could also hold evidence related to the attack, or of foreign governments financing civil unrest in the US, Maloney contended.

Some Parler users have been charged with threatening violence against elected officials or for taking part in the attack, according to Maloney.

She gave the example of a Texas man criminally charged for posting on Parler that he would return to the U.S. Capitol and "hunt these cowards down like the traitors that each of them are."

Maloney said the oversight committee is conducting its own investigation and requested a meeting with FBI officials on the matter.

Apple suspended all downloads of the Parler app following the attack on the U.S. Capitol on January 6, citing postings on the platform that could incite further violence. Google and Amazon also cut ties with the company.

Parler's popularity skyrocketed after Twitter permanently banned Trump following the Capitol attack, which has been condemned as an attack on U.S. democracy.

In its early days, the platform attracted a crowd of ultraconservative and even extreme-right users. But more recently, it has signed up many more traditional Republican voices.