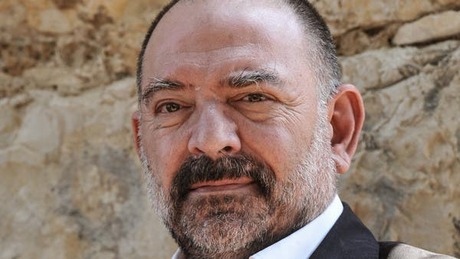 Lebanese intellectual Lokman Slim, found shot dead Thursday at age 58, was an outspoken critic of Iran-backed Hizbullah and an advocate for preserving the memory of his country's civil war.

The son of a prominent lawyer and an Egyptian mother, Slim was an activist, writer, publisher and filmmaker, and a leading secular voice in the Shiite Muslim community.

He advocated curbing the influence of Hizbullah, the pro-Iran and anti-Israel political party and armed group that has millions of followers in Lebanon but is labelled a "terrorist" group by the U.S., EU and other governments.

Slim also spent years working relentlessly to preserve Lebanon's collective memory of its 1975-1990 civil war and carried out acclaimed research on topics such as mass graves and transitional justice.

He created an organization called Umam Documentation and Research with the aim of building an unparalleled archive of the civil war, arguing that Lebanon could not move forward until it has dealt with its past.

He was known for his love of books and mastery of the Arabic language.

His home in the southern Beirut suburbs, known as Villa Slim, was a hub of cultural activity where several languages could always be heard and where film screenings and exhibitions were often organized.

Despite having been singled out by Hizbullah supporters as an enemy and frequently accused of being on the U.S. embassy's payroll, he used to tell his friends he was not worried about his safety.

He would argue that should he be killed, everybody would know who was behind it.

"He used to tell me he was not afraid of death," his sister Rasha al-Ameer told AFP.

"They have killed an exceptional human being."

While Slim's murder put the spotlight on his political activism, his greatest legacy will likely be his relentless commitment to fostering a collective Lebanese memory and spirit of accountability.

"Lokman Slim was at the forefront of the struggle against impunity in post-war Lebanon," said Amnesty International's regional director Lynn Maalouf.

In 2008, he founded the Haya Bina association with the goal to "defend principles of citizenship, tolerance, pluralism, democracy and human rights."

During cross-sectarian pro-democracy protests in late 2019, thugs loyal to Hizbullah and the other main Shiite party Amal were involved in several violent incidents.

They beat up protesters and in one instance in December that year plastered messages on the walls of Slim's home calling him a traitor and warning that his "time will come."

But he lived with no personal security and the gates to his house were famously always open.

After studying philosophy in Paris, Slim founded the Dar al-Jadeed publishing house, which promoted new and controversial writers and for the first time translated works by former Iranian president Mohammad Khatami into Arabic.

Slim was an essayist himself and also made several documentary films with his German-Lebanese wife Monika Borgmann.

Their film "Massaker" -- which studied six perpetrators of the 1982 Christian militia massacres of 1,000 people at the Sabra and Shatila Palestinian camps in Beirut -- was awarded the Fipresci Prize at the 2005 Berlinale.

It was during the production of "Massaker" that he and Borgmann discovered that Lebanon had neither a central archive nor a national library, leading them to found Umam in 2005.

He had recently been working on a project to document Syria's almost 10-year-old civil war.

"He would argue that should he be killed, everybody would know who was behind it."

He was more brave than a thousand of Hezbollah terrorists put together.