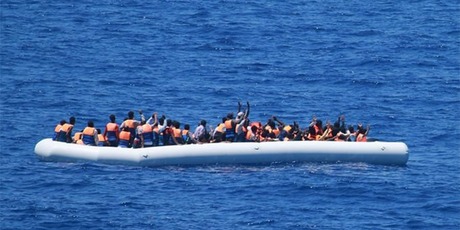 The Internal Security Forces arrested three suspects involved in smuggling people through Tripoli’s al-Abdeh shore area to Cyprus, the ISF said in a statement on Friday.

The statement said two of the suspects are Lebanese nationals while the third is Syrian.

Two of the suspects, one of whom had a gun in his possession, were arrested in the Dinnieh town, while the third was arrested in Akkar’s Bebnine, said the ISF.

All three have admitted to being involved in smuggling around 60 individuals, majority were Syrians, through al-Abdeh shore in return for 2000 dollars per person.

Cyprus has come under fire by Human Rights Watch last year for allegedly pushing back migrants and refugees arriving from Lebanon aboard boats without heeding their claims for asylum while in some instances using violence and coercive tactics.