Israel Worried Russian Missiles Would End up in Hizbullah’s Hands 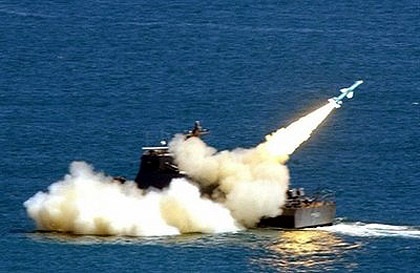 Israel has expressed concern over Russia’s decision to fulfill its contract to supply Syria with cruise missiles, saying they could end up in the hands of Hizbullah.

"The question of these missiles' delivery to Syria really has triggered a negative reaction in Israel," the Israeli ambassador to Moscow, Dorit Golender, told the Interfax news agency.

"And this is understandable since Hizbullah has repeatedly used weapons that they received either from Lebanon or Syria."

Russia initially agreed to send a large shipment of anti-ship Yakhont cruise missiles to Syria in 2007 under the terms of a controversial deal that was only disclosed by Serdyukov in September 2010.

The revelation infuriated both Israel and the United States and there had been speculation that Russia would decide to tear up the contract amid the current turmoil plaguing north Africa and the Middle East.

The disputed sale is believed to be worth at least $300 million and is meant to see Syria receive 72 cruise missiles in all.

Russia has not officially confirmed making any Yakhont deliveries to date.