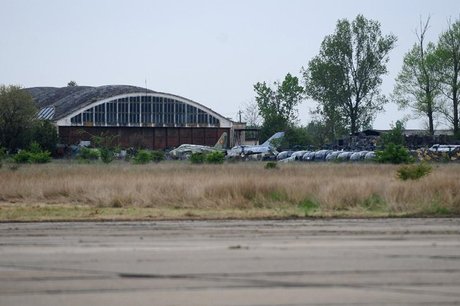 Russia said Thursday its dispute with the United States over missile defense was near a "dead end" and warned it might have to deploy new rockets in Europe to take out elements of the controversial shield.

"We have not been able to find mutually-acceptable solutions at this point and the situation is practically at a dead end," Defense Minister Anatoly Serdyukov told a televised conference on missile defense issues.

The comments came just hours before Russian generals were to sit down for crunch talks with a special team from Washington ahead of next month's official deployment of the first elements of the new shield.

Russia has argued vehemently against a defense system the United States is deploying to protect its European allies against any attack from enemy states such as Iran that the West fears is seeking to develop a nuclear weapon.

NATO intends to announce the deployment of the first phase of the system at its conference in Chicago next month.

Officials in Moscow fear the shield may harm its own nuclear deterrence and has warned that it will unleash a massive new armament program if Washington fails to allay its concerns.

Chief of Staff General Nikolai Makarov said one option was for Russia to station short-range Iskander missiles in its Kaliningrad exclave near Poland in a long-discussed move that has gravely alarmed Eastern European states.

"The deployment of new strike weapons in Russia's south and northwest -- including of Iskander systems in Kaliningrad -- is one of our possible options for destroying the system's European infrastructure," Makarov warned.

Officials backed up their argument by unfurling a projection screen before visiting dignitaries from 50 countries and playing graphics of how NATO missiles could eliminate Russian rockets by the end of the decade.

"A thorough analysis by the defense ministry's research organizations showed that once the third and fourth stages are deployed, the capability to intercept Russian inter-continental ballistic missiles will be real," Makarov said.

"The interceptors deployed in Poland... will be in the immediate proximity of our territory," Makarov said.

The dispute has nagged Russian-U.S. relations for much of the past decade and been one of the primary issues by President Barack Obama when he launched a "reset" in relations with Moscow in 2009.

But the issue has gained added urgency as Russia makes a transition from outgoing President Dmitry Medvedev to his mentor Vladimir Putin -- an ex-KGB spy who fought often with Washington during his first two terms in the Kremlin.

Putin will be sworn in to a third term as president on Monday and Washington has dispatched an entire team of top defense advisers tasked with calming tensions in the short term.

The Moscow talks on Thursday and Friday will include Assistant Secretary of Defense for Global Strategic Affairs Madelyn Creedon and Special Envoy for Strategic Stability and Missile Defense Ellen Tauscher.

Tauscher told reporters on Wednesday that the United States "remains committed to implementing the missile defense system in all of its four phases."

Moscow has been particularly angered by Washington's refusal to provide a written guarantee that the shield will never be pointed against Russia.

The United States argues that this assurance is implicitly stated in the new nuclear disarmament agreement the two sides signed last year.

"We are not talking about imposing any limitations on the (NATO) system's technical characteristics," said Makarov.

"There is only one condition: the zones of possible interception... should not cross Russia's borders," Russia's top general said.

Russia is weak as piss and full of talk United States will eat them for breakfast.

Don't mess with Russia, they drank 50 milligram vodka and they went all the way to Berlin in world war II.