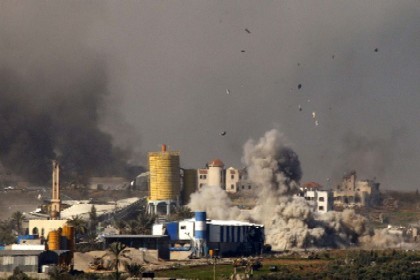 The shell hit near the Karni crossing east of Gaza City, according to the medics.

But Israeli security officials said that no tank shells were fired in that area this morning.

An Israeli army spokesman said that "a short while ago, Israeli soldiers identified several terrorists approaching the security fence in the northern Gaza Strip, in an area that is used by terror organizations to lay explosive devices."

"The soldiers fired toward the terrorists (and) the suspects distanced themselves from the fence," he told AFP.

The Israeli military maintains an exclusion zone inside the Gaza Strip along the border and regularly carries out military activities in the area.