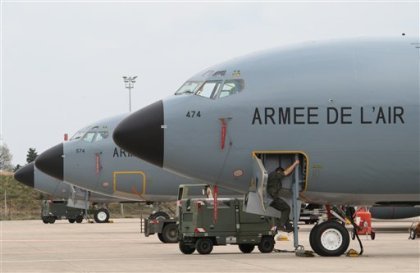 French Foreign Minister Alain Juppe called Tuesday for the creation of a special committee of foreign ministers from coalition countries to oversee operations in Libya.

"On the initiative of the President of the Republic, I have proposed to our British colleagues, who are in agreement, to set up a special body to oversee the operation," Juppe said, referring to French President Nicolas Sarkozy.

The body would "unite the foreign ministers of the states that are intervening, along with those in the Arab League," he told the French national assembly.

"We should meet in the coming days in Brussels, London or Paris, and continue to meet regularly to show clearly that political oversight is there," he said.

"Of course, the Arab world will find its place," he added.

Juppe also said that future actions of the coalition, which began air strikes Saturday on military installations controlled by Moammar Gadhafi, depend in part on the embattled Libyan leader.

"The military operations could stop at any moment. All it would take is for the Tripoli regime to adhere precisely and completely with U.N. Security Council resolutions, and to accept a genuine ceasefire," he said.

He called on Gadhafi to withdraw troops engaged in military advances and send them "back to their barracks."