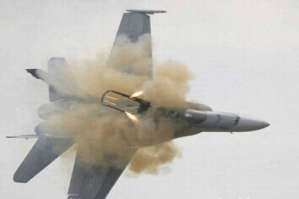 Russian technicians were involved in the taking down of the Turkish fighter jet by the Syrian military last week, the Sunday Times reported on Sunday.

Quoting Middle Eastern diplomatic sources, the Times reported that the decision to down the Turkish jet was intended to signal a warning to NATO to stay out of the conflict raging in Syria for over a year.

According to a transcript of the report published by Israel’s Haaretz newspaper, Russia supplied Syria with advanced anti-aircraft missile systems three years ago. It is believed that Russian specialists trained the Syrian forces to use them. According to diplomats that spoke with the Sunday Times some Russian specialists are still stationed at the missile battery control centers.

“We would not be surprised if these Russian experts, if they didn’t push the button, at least were beside the Syrian officers who did it,” an Israeli air force source told the British paper.

The unarmed reconnaissance jet had briefly entered Syrian airspace on June 22 as it approached land after patrolling the eastern Mediterranean, Turkish Deputy Prime Minister Bulent Arinc said, but was warned by Turkish radar controllers and immediately left and turned again out to sea.

It then made another approach to land when it was shot down 13 miles off the coast in international airspace, he said, out of the reach of Syria's anti-aircraft guns.

"According to the data in our hands, it points to our plane being shot by a laser or heat-guided surface-to-air missile. The fact our plane was not given an early radar warning, suggests it was not a radar-guided missile," said Arinc.

Turkey shelters the rebel Free Syria Army (FSA) and hosts 32,000 Syrian refugees on its southeastern border with Syria, some 50 km (30 miles) from where the Turkish aircraft was shot down. But it denies providing arms for the insurgents.

Ankara requested a meeting of NATO's North Atlantic Council to discuss the incident, which it has branded an "act of aggression". Damascus said it shot the aircraft down in self-defense after it strayed into Syrian airspace.

The meeting is only the second time in NATO's 63-year history that member countries have convened under Article 4 of its charter, which provides for consultations when a member state feels its territorial integrity, political independence or security is under threat.

"We may get a statement of solidarity with Turkey," a NATO official said.

Secretary-General Anders Fogh Rasmussen was to make a statement around 09:30 GMT after the talks among NATO ambassadors at alliance headquarters in Brussels.

Analysts said Rasmussen's message was likely to be measured, reflecting Western reluctance to commit to any military action or anything that could trigger a regional sectarian war.

"There is very little appetite from the alliance to undertake what we call a discretionary war," said Clara Marina O'Donnell, a fellow at the Brookings Institution in Washington.

Turkey's choice to seek consultation under Article 4, instead of asking for military help under the organization's collective defense provisions, known as Article 5, suggested Ankara was hoping to steer clear of inflaming the conflict.

"This is a signal from Turkey that they are not too keen to go down the military route at this stage. They are trying to de-escalate the situation," she said.

Turkey rejected assertions from Damascus that its forces had no option but to fire on the F-4 jet as it flew over Syrian waters close to the coast on Friday.

In a letter to the U.N. Security Council, Turkey condemned a "hostile act by the Syrian authorities against Turkey's national security", saying it posed "a serious threat to peace and security in the region".

I have never heard of Russia before. I never heard of China before. Have you? I have only heard of the US, UK and France. Right? I do not know who has an interest in fabricating virtual country names!

Really, is Naharnet now listening to what the Israeli Zionists are saying bahahahahaha.

Syria Shot the M4 (which isn't even the correct picture) with machine guns - so why are the stupid Israelis trying to make it out like there was a anti aircraft battery firing missiles and things. Completely false.

It was shore-based anti-aircraft guns with a maximum range of 2.5km. No missile. No radar. No heat-seeking. No laser. No need for expert Russians. No international airspace.