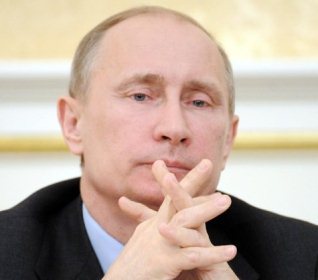 Syrian peace mediator Kofi Annan was due in Moscow on Monday for talks with President Vladimir Putin that come amid growing pressure on Russia to finally back the ouster of President Bashar Assad.

The Kremlin said Sunday the U.N.-Arab League envoy would arrive in Moscow on Monday and meet Putin the following day for talks in which "Russia will underscore its support the peace plan of Kofi Annan."

"The Russian side proceeds from the premise that this plan is the only viable platform for solving internal Syrian problems," the brief Kremlin statement added.

Annan was also scheduled to hold talks with Foreign Minister Sergei Lavrov after first paying a visit to China -- a country that along with Russia has blocked two U.N. Security Council resolutions sanctioning Assad's regime.

The Moscow visit will be Annan's second since he won support from former president Dmitry Medvedev for his initial six-point peace initiative for the brutal conflict during talks at Vnukovo 2 airport on March 25.

Russia has firmly resisted any form of outside pressure on Assad to step aside and make way for a transition government that foreign powers agreed on June 30 in Geneva should emerge in Syria in the coming weeks and months.

Annan has agreed with Russia on key points of its diplomatic dispute with Western and Arab nations over ways to end fighting in its closest remaining Middle East ally.

The mediator has supported the Russian-backed idea of Iran joining international talks on the crisis and has been careful not to openly back any direct call for Assad to go.

But Annan has also acknowledged that most in the armed opposition would refuse to serve on the same government as Assad or any other member of his trusted team.

Annan met Assad in Damascus on July 9 for what he later described as "constructive" talks focused on a new political approach to ending fighting that observers believe has claimed more than 17,000 lives.