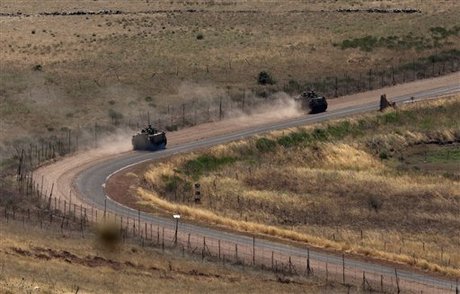 Israeli prosecutors on Monday charged a Druze resident of the occupied Golan Heights with spying for Syria, the Shin Bet internal security service said in a statement.

It said that Iyad Johari, from the border village of Majdal Shams, was charged with having contact with a foreign agent and passing information to the enemy.

The Shin Bet said that he was arrested last month "on suspicion of maintaining contact with Syrian intelligence and passed information on Israeli army deployment on the Golan Heights."

It did not give further details.

Israel public radio said that Johari was 38 years old and had studied medicine in Syria.

Majdal Shams is the largest village on the Golan Heights, which Israel captured from Syria in the 1967 Six-Day War. Damascus demands a total Israeli withdrawal as the price for a peace settlement.

Israel unilaterally annexed the Golan in 1981. The vast majority of its 18,000 Syrian inhabitants, mostly Druze, who remained from the Golan's original population of 150,000, have refused to take Israeli citizenship.

Why would you keep a Syrian citizenship for ..