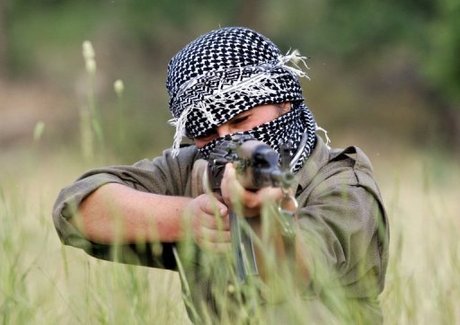 Members of the outlawed Kurdistan Workers' Party (PKK) stopped a passenger bus on the Lice-Bingol highway at 1710 GMT and kidnapped three soldiers who were off duty, Diyarbakir governor Mustafa Toprak told Anatolia on Tuesday.

The soldiers were travelling to see their families in Sanliurfa province near the Syrian border, the governor said.

He added that ground and air operations were under way to find the kidnapped soldiers.

The driver and the passengers of the bus were also questioned in search of the soldiers.

Kurdish rebels stormed a Turkish army post on the Iraq border Sunday, triggering fighting that killed 22 people in the latest clash since Ankara unleashed a major offensive against the insurgents.

A series of similar assaults against troops in the Kurdish-dominated southeast prompted the army to launch an all-out offensive against PKK bases in the area last month.

Interior Minister Idris Naim Sahin said Sunday as many as 115 rebels had been killed since the offensive began on July 23.

The Turkish ground and air operation, one of the biggest in years, is focused on the town of Semdinli, in Hakkari province, and local media said about 2,000 troops were involved.

The PKK, considered a terrorist organization by Turkey and much of the international community, took up arms in the southeast in 1984, sparking a conflict that has claimed some 45,000 lives.