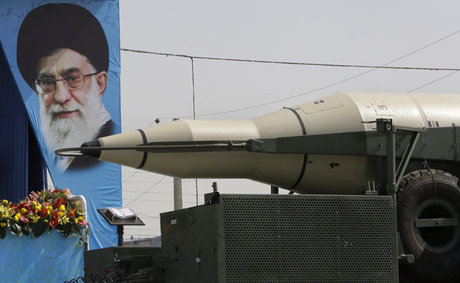 In a move sure to enrage Tehran, the U.S. is poised to remove an Iranian opposition group, the People's Mujahedeen of Iran, from its terror blacklist, U.S. lawmakers said Friday.

The move comes just days ahead of an October 1 deadline set by a U.S. appeals court by which Secretary of State Hillary Clinton had to decide on the fate of the group, also known as the Mujahedeen-e-Khalq (MEK).

It follows years of intense lobbying by the now Paris-based MEK, a leftwing group founded in the 1960s to oppose the shah of Iran, but which then took up arms against the new clerical rulers after the 1979 Islamic revolution.

The group has gone through several evolutions, and MEK members and their supporters say the group has laid down its arms and aims to work to overthrow the Islamic regime in Tehran through peaceful means.

Republican lawmaker Ted Poe, a member of the House Foreign Affairs committee who has led calls in support of the MEK, said Clinton's "expected decision to delist" the group was "long overdue."

"The MEK long ago renounced violence, and in recent years, has been actively working with U.S. intelligence agencies to get information on activities inside Iran," Poe said in a statement.

"I am very happy to learn the State Department has agreed to delist the Mujahedeen-e-Khalq, or MEK, from the Foreign Terrorist Organizations List," added Republican representative Dana Rohrabacher.

"The MEK are Iranians who desire a secular, peaceful, and democratic government."

The group was designated a Foreign Terrorist Organization in 1997, which includes such groups as al-Qaida, Hamas and Hizbullah. And the delisting will end a complex legal battle fought through the U.S. and European courts.

Britain struck the group of its terror list in June 2008, followed by the European Union in 2009.

And in June, the U.S. Court of Appeals in Washington said that if Clinton did not decide whether to deny or grant the group's request to be delisted within four months, it would issue a special writ and remove the group itself.

The State Department had accused the mujahedeen of carrying out attacks that killed Iranians, as well as American soldiers and civilians, from the 1970s into 2001.

"The group has planned and executed terrorist operations against the Iranian regime for nearly three decades from its European and Iraqi bases of operations," it says on its website.

There have also been accusations that the MEK has a "cult-like" status, charges the group rejects.

Clinton was sending "a classified communication" to the Congress on Friday "regarding designation of the MEK," State Department official spokeswoman Victoria Nuland said, but refused to detail its contents.

"We don't love these people but the secretary's decision is merited based on the record of facts that we have," one U.S. official told CNN. "This was not done casually and it's the right decision."

Shahin Gobadi, of the National Council of Resistance of Iran (NCRI), the so-called parliament-in-exile and the political umbrella of several opposition groups, said that it had not been informed of any decision yet.

But he said in a statement to Agence France Presse that the delisting would be "the first step to rectify the misguided and disastrous policy of appeasing the religious fascism ruling Iran."

Part of the conditions for delisting the group were that more than 3,200 MEK members living in a base called Camp Ashraf in Iraq's Diyala province, northeast of Baghdad, must move to another area called Camp Liberty.

Over the weekend, the last major group of the Iranian exiles relocated from the camp which former Iraqi leader Saddam Hussein had permitted them to use.

The exiles were moved under a December 25 deal between the United Nations and Baghdad that aims to see them eventually relocated to third countries.

Saddam had welcomed the exiles to Iraq during the 1980-88 Iraq-Iran war and they have lived at the camp ever since. But it became a mounting issue for Iraqi authorities after U.S. forces handed over security for the camp in January 2009, amid pressure from Tehran to hand over members of the militant group.

In April 2011, an attack by Iraqi forces on Camp Ashraf left 36 people dead and 300 wounded, according to the NCRI.

USA is the creator of terorist groups with the help of Saudi Arabia in middle East.Alqaida belongs to USA and Saudi Arabia.This two countries are doing this in order to steal and have control on all Middle East oil.Both USA and European Union Economies has allready collapse their are in desperate mood to wage wars as an excuse to have a upper hand over the weakes oil. Thats why Alqaida is now so important to them after 11 September 2001 which their have acused of Twin tower bombing.Bombing was indeed USA and Israels inside job so obvious none of Israelis dead while their were there majority in the twin tower bombings.