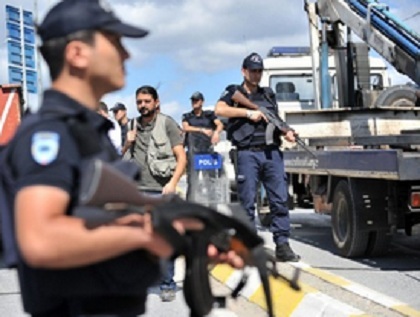 Six people were killed and several others wounded when a bomb apparently targeting police exploded in southeastern Turkey on Tuesday, hospital sources said.

The powerful blast in the center of the province of Tunceli destroyed a police vehicle and hit another vehicle, local security sources told Agence France Presse.

The private NTV television network reported that it caused panic among local residents.

It was not known who set off the bomb and there was no immediate claim of responsibility.

The PKK, considered a terrorist group by Turkey and much of the international community, took up arms in the southeast in 1984, sparking a conflict that has claimed about 45,000 lives.