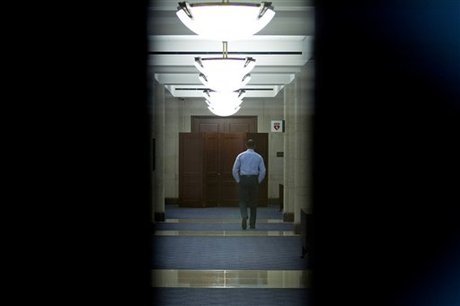 The White House denied Saturday having heavily edited talking points to UN Ambassador Susan Rice about the deadly attacks on a U.S. mission in Libya to remove references to terrorism.

"The only edit that was made by the White House and also by the State Department was to change the word 'consulate' to the word 'diplomatic facility,' since the facility in Benghazi was not formally a consulate," Deputy National Security Adviser Ben Rhodes told reporters aboard Air Force One.

"Other than that, we were guided by the points that were provided by the intelligence community. So I can't speak to any other edits that may have been made."

Republican lawmakers briefed by former CIA chief David Petraeus on Friday said that the original talking points about the attack had mentioned groups linked to al-Qaida.

But Petraeus told the lawmakers that the reference was removed from a final version given to Rice before she discussed the attack on five Sunday television talkshows and said the assault was a response to an amateur video denigrating Islam and the Prophet Mohammed.

The initial talking points "specifically mentioned al-Qaida, and that al-Qaida was involved in the attack," Republican Representative Peter King, who attended the briefing, told Fox News.

"When the talking points were finalized, all the references to al-Qaida were taken out and it was put in almost as an afterthought saying there are indications of extremist involvement in the demonstration."

Critics have seized on Rice's remarks to argue that the White House misled or even lied to Americans during a heated election season.

Rice has been floated as a possible successor to Secretary of State Hillary Clinton, who is stepping down early next year, but some Republicans threaten to block her nomination.

But the Obama administration has denied it misled the public, insisting it was providing information based on the intelligence available at the time.

"Those points, and what Susan said is that we indicated we believed extremists were involved," Rhodes said. "So you have an initial assessment, an initial judgment, but you're able to get more specific as... the investigation proceeds."

Asked whether the White House had removed the initial reference to a terror link, Rhodes suggested the intelligence community was to blame.

"We were provided with points by the intelligence community that represented their assessment; the only edit made by the White House was the factual edit about how to refer to the facility," he said.

"Now if there were adjustments to them made by the intelligence community, that's common and that's something they would have done themselves."