U.N. Hits Out at Syria, Iran, North Korea over Rights 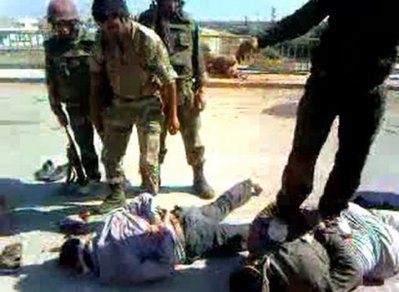 With Syria's conflict worsening by the day, a resolution condemning the Syrian government and its allied militias came as a diplomatic blow for President Bashar Assad.

The 193-state assembly passed the resolution slamming "grave" and "systematic" abuses with 135 votes in favor, 12 against, including Russia and China, and 36 abstentions.

The Assad government has been accused of detaining thousands of opponents, often in secret, torturing many. The government has refused to allow a U.N. human rights council investigation into the country.

The U.N. called for an end to all "violations" of human rights and for all sides to end the 21-month old conflict in which activists say more than 44,000 people have died.

A Syrian diplomat at the vote hit out at Qatar, Saudi Arabia and Morocco, accusing them of causing "an escalation" in the conflict. "Their backing for terrorists has caused the death of thousands of Syrians," the diplomat said.

A vote against Iran was passed with 86 votes in favor, the same as last year, 32 against and 65 abstentions. India, Lebanon, Sudan and North Korea were among countries voting against. Many oppose the resolutions because they are against U.N. attacks on individual countries.

The resolution condemned the use of torture in Iran and the use of the death penalty without recognized "international guarantees" on the justice system. It also condemned Iran's practice of executing minors.

The U.N. motion attacked the growing targeting of journalists and human rights defenders in Iran and called for the release of people held for taking part in "peaceful" protests.

Iran's U.N. ambassador, Mohammed Khazaee, called the vote an "abusive exploitation" of the General Assembly's powers and said it did not reflect conditions in Iran. Khazaee particularly criticized Canada and the United States, which have been major backers of the annual vote.

A resolution against North Korea was adopted by consensus for the first time.

A North Korean diplomat called the vote "political propaganda," which "escalates the confrontation" between his country and the international community.