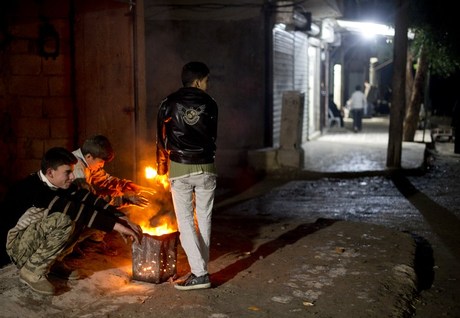 Turkey will provide neighboring Syria with electricity if asked but the deteriorating situation there makes such a move unlikely, the energy minister said on Wednesday.

"We'll give electricity to Syria if they want," Taner Yildiz was quoted as saying by the Anatolia news agency.

"But they have neither a desire, nor the infrastructure to be able to buy electricity," he said.

"It is out of question to talk about electricity in a place where ovens are bombed by planes."

In October, Turkish officials announced that Syria has stopped buying electricity from Turkey but said that the decision was the result of damage to Syrian power infrastructure.

Turkey had been providing 20 percent of Syria's power supplies.

Ankara warned Damascus in June that it was considering cutting power to Syria after a Turkish fighter jet was shot down by Syria.

Turkey and Syria were once close political allies but Ankara has become a vocal critic of Syrian President Bashar Assad and his regime since the launch of a brutal crackdown on dissent in March last year.

Turkey hosts more than 147,000 Syrian refugees in several camps close to the border and provides treatment and shelter for rebels who use the Turkish side of the frontier as a launching pad for operations inside Syria.

Turkey ans Syria were really NOT 'close political allies' but rather 'trading partners'!